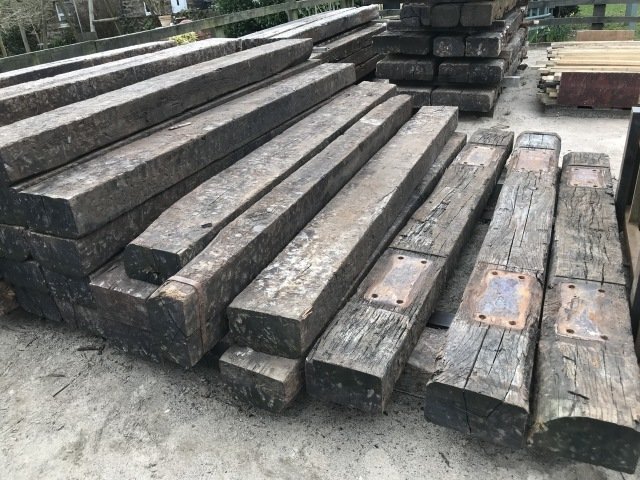 This might be a case of whatever turns you on, but we are about to start prepping the Longshed to receive the tree for the keel. This will mark the start of our re-creation of the Sutton Hoo ship later this year.

Whatever possible we try to reproduce what the Anglo-Saxons would have done but in a modern world this can be challenging so we are doing the best that we can.  They would have built outside, probably not doing too much in the short winter days.  We are blessed with our giant purpose built shed and can work all the year round.  They would have built on an earth foundation, we are less blessed in having a shiny, smooth concrete floor.  You might ask, ‘is that not better for boatbuilding?’ Well, actually not always.  First of all, it’s quite slippery for moving massive heavy logs around, and even more slippery if there are oak chippings everywhere – they are just like banana skins. Secondly, it’s very harmful to axes and other tools if you accidentally drop them on a hard surface. Our tools are being purpose built and will be one of our most precious possessions.

Our biggest problem is how to secure the keel as it mustn’t move around whilst we are working on it and we have to find a way of making sure it stays straight and doesn’t warp as time passes.  The Anglo-Saxon shipbuilders would have been able to drive a set of heavy poles into the ground as a foundation for a frame to fix the keel.  The Ship’s Company team have seen a similar approach at the Roskilde Viking Ship Museum in Denmark, where they build outdoors (in the Danish summer).

Remembering that this is experimental archaeology we need to experiment, so what is our solution?  We could cover the Longshed floor with a foot (30cm) or more of compacted soil but this is not realistic and wouldn’t be deep deep enough.  We could build a false floor of wood that can have heavy wooden scaffold screwed into it?  Thi is unaffordable and would take too long. We could screw large steel bolts into the concrete?  Well….we might have to, but the solution we are working on is a more traditional compromise.

Many boats are built on a set of wooden blocks about a couple of feet (60cm) deep.  You have to raise the keel (backbone of the ship) off the floor in order to work on the lower face of it and to drive rivets in from the underside through metal roves to fix any joints.  About a dozen blocks are placed between where the ribs will go later.  Think of old railway sleepers as a model, although we could use sections of tree.  A set of blocks this size is big and heavy enough to not require securing to the floor. But the key is to ensure that the top surface of these blocks are absolutely flat, using packing and a string-line.

Two people, working very hard could achieve this in two weeks.  Job done. Fancy giving us a hand? Or do you have any old railway sleepers lying around?

There are no upcoming events at this time.