Did the Sutton Hoo ship ever sport a hefty mast and a big sail? It would help if we knew what the ship was used for.

An expert view is that it could have been a sort of royal barge, a means for the king to project his power and majesty throughout much of his domain.

One’s subjects should be clear about who is protecting them, and who they must pay their taxes to.

As king, it is a good idea to put oneself about and let oneself be seen. But travel overland with a large entourage would have been excruciating. Much of the populace would have lived in settlements up the estuaries, creeks and rivers which permeated East Anglia.

Using a large ship of shallow draft would be a practical alternative. Your bodyguard could show their devotion by rowing you wherever you needed to go. 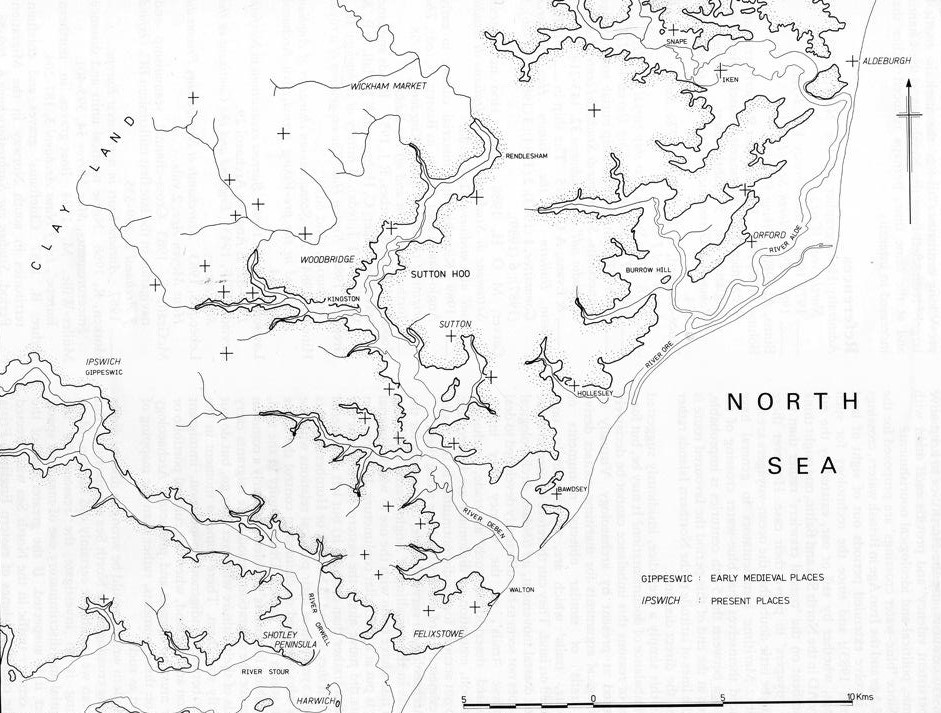 A sail would be of limited use when you were winding up and down the rivers. Your oars can shift you in any direction whenever it suits you.

Moving from one river entrance to another would require a passage along the coast. The extra sea-room might allow and encourage the effective use of a big sail. Unfortunately, a large mast does no good for your rowing. The experience of a comparable Viking ship reconstruction was that you would lose a knot because of the windage on it. It would be soul-destroying for your oarsmen if you kept the mast up all the time, but rarely used it. But taking it down while on the water, or putting it up again, would be very risky.

The two photos below show boats with masts being rowed – not difficult in very calm water with no wind against you.  It is also easier if like the Faroese boat on the right, the craft is designed to be dual purpose and your crew has experience of both sailing and rowing.

If you do have a following wind, and you do not have a big sail, all is not lost. The rowers can take a respite simply by holding out their oars. Better still, the skipper could deploy some sort of temporary rig, with a small sail – something quick to raise, and easy to stow away again. This would not be proper sailing of course, but for the oarsmen it would be a blessed relief.

None of this is to say the ship could not sail properly. It is just a way of wondering whether it was worth the bother.