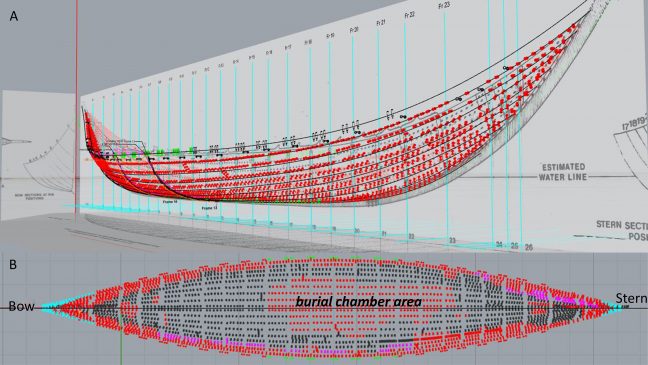 One of the things that we promise our rivet sponsors is to let them know when the rivet goes into the ship – which means that we must have a map of every single one. I’m pleased to say that I have now completed a project mapping and cataloguing rivets and other fixings that were found in the excavation of the Sutton Hoo ship and cross-referencing these with the fixings shown on plans for the reconstruction of the ship.

Not the sort of thing to set pulses racing you might say, but nonetheless indicative of the many pieces of background work needed to inform both the experimental archaeological aspects of the reconstruction of the ship and the archaeological record of the original Sutton Hoo Ship.

The starting point was the plan of the fixings that were found when the Sutton Hoo burial mound was excavated.  That plan was included in ‘The Sutton Hoo Ship-Burial’ by Rupert Bruce-Mitford (published by the British Museum in 1975).  This book, often referred to as “Volume 1”, is regarded as the definitive work on the subject.  The plan shows just over 1550 numbered fittings in positions where they were found on excavation. 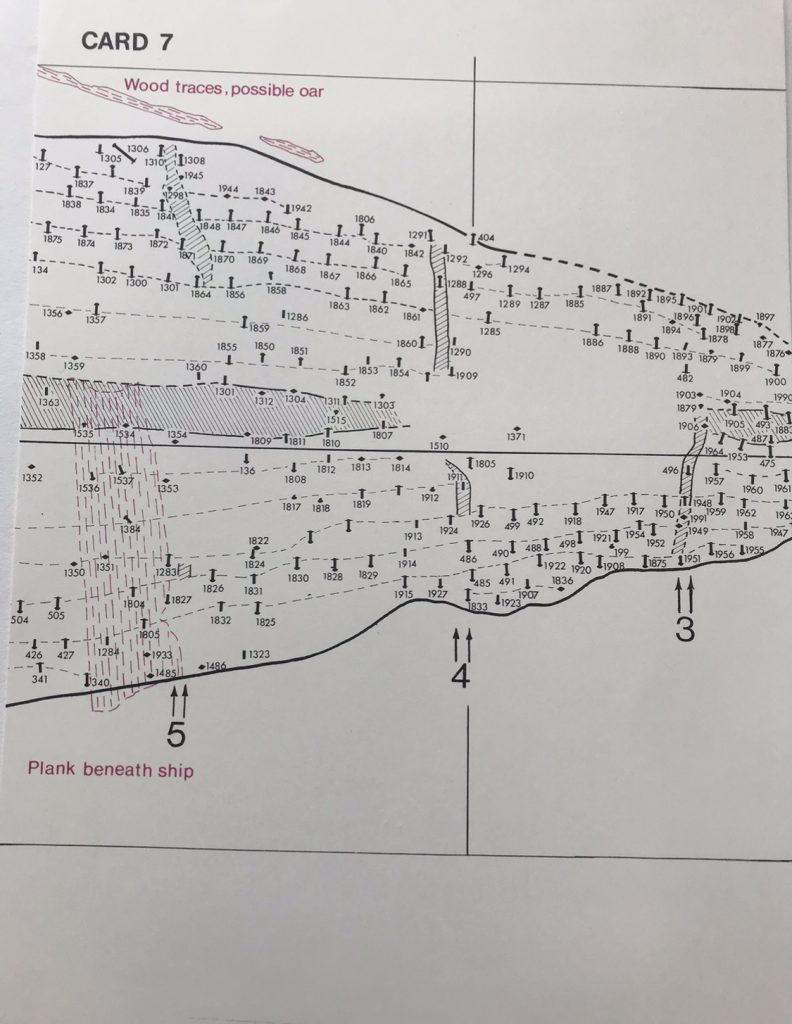 The initial work involved mapping all the fixings shown on the Volume 1 plan.   I found the original numbering system to include some quirks – which made the task harder than it might have been.

I developed a bespoke numbering system that could be applied to both the fixings shown on the  Volume 1 plans of the Sutton Hoo ship, and those used in the reconstruction.   This system uses a unique combination of characters for each fixing which collectively provide a reference specifying the type and precise position of the fixing on the ship.

The final stage involved allocating numbers generated using the new system, to all the fixings shown in the Volume 1 plan and the corresponding fixings on the plans for the reconstruction.

The numbers used to identify the fixings on the reconstruction during its build will not only simplify the recording of what fixing goes where but will also enable sponsors of individual fixings to pinpoint exactly where on the ship their fixing was used.

Our aim is to input all the above data into a digital system which will simplify the process of providing an answer to any sponsor who asks ‘Where’s my fixing?’.