The Anglo-Saxon Ship, buried in the 7th century and reborn in the 21st

In the corner of England now called Suffolk, an Anglo-Saxon king’s burial ship and treasure lay hidden underground. Dormant for over thirteen centuries in the mysterious Sutton Hoo royal burial ground, all that remained of the ship was a shadow of its former awe-inspiring glory.

Developing the Sutton Hoo story, the King’s ship will be resurrected to its full ninety-foot length in The Longshed, Woodbridge. From there it will slip once more into the King’s River to grace the waters and tides again, reconnecting our Anglo-Saxon maritime heritage with a modern-day sense of discovery.

By sponsoring a part of the ship or offering us a donation, you will help fund a £1 million project to build a full-size reconstruction of the 7th century Sutton Hoo ship.

This venture will bring together archaeologists, historians, experts in construction and shipbuilding and many other skilled volunteers to reconstruct the mysterious ghost ship which was buried for 13 centuries beneath the sand of Sutton Hoo.

We currently have more than 3,500 numbered metal rivets for £20 each and a number of other fittings and oars on offer for sponsorship. What’s more, each of these fixings will be numbered giving you the chance to map your piece of the ship once it is constructed.

Gift Sponsorship – why not sponsor a rivet for someone as a gift. All you need to do is purchase your rivet and tell us who it is for. We can ship the collectors pin badge and certificate directly to your friend, relative or colleague or we can send it to you to pass on. 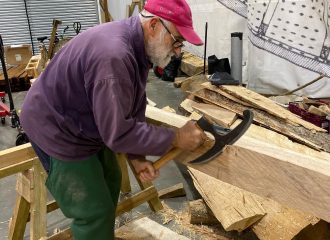 Long long ago, an Anglo-Saxon noble was buried within a 90 foot ship in a mound at Sutton Hoo, just across the river from Woodbridge, in Suffolk. He was almost…

END_OF_DOCUMENT_TOKEN_TO_BE_REPLACED 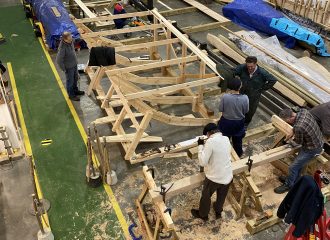 There are so many ways to get involved with this exciting project… If you are interested in becoming a patron, sponsoring the project, sponsoring a part of the ship, donating,…

END_OF_DOCUMENT_TOKEN_TO_BE_REPLACED 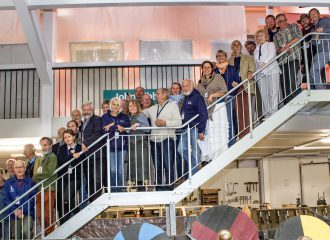 The Ship’s Company Team is a group of people with the collective desire to resurrect King Raedwald’s burial ship and turn the famous ghost imprint into a living reality. The…

END_OF_DOCUMENT_TOKEN_TO_BE_REPLACED 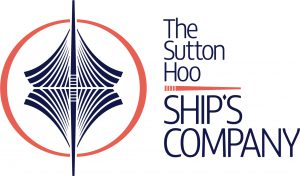