A tribute to Victor Ambrus

Victor Ambrus came to fame amongst archaeologists when drawing pictures for Time Team – he would do this on the spot, the camera occasionally visiting him to see how he was getting on. He was wonderfully quick at capturing the images that emerged from conversations by the dig edge or in the finds hut into a fixed moment in the past.  For the “artist’s impression,” he was the master of our age. 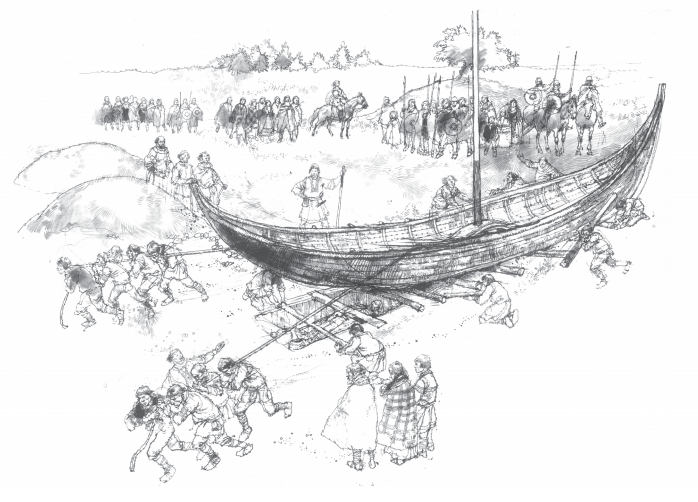 I was delighted when he accepted my request to draw pictures for the Sutton Hoo publications.  I used the same approach as I use on-site tours – creating a word picture at the scene, waving my arms, and walking about to ‘lift the picture’ out of the ground. For Victor, we also gathered photos of real objects, so that he could sketch the scene as it might have been at Sutton Hoo and add the artefacts. His rendering of these was perfect of course, but his human figures were exceptionally evocative and convincing, and the scene was more than a ‘family photo’: it was alive.  The subjects chosen were “the day of burial” at Mound 6, Mound 17, Mound 2 and Mound 1, “the day of the dig” at 19th century Mound 7 and the outbreak of war in 1939, with the digging of the anti-glider ditches.   The roughouts went back and forth, correcting the clothing – and I encouraged him to put in children and dogs. When we were both happy, he drew up the final version on A3 and they went into the books.  Many people drew pleasure and enlightenment from them – since a picture is worth a thousand words – more indeed. I was very sad to hear he had died. We had been hoping to do a children’s book together.  That can’t happen now – we will never see his like again – or see what he saw a thousand years ago, and so clearly.

This Anglo Saxon poem was written by John Gallas and inspired by the Victor Ambrus picture above. 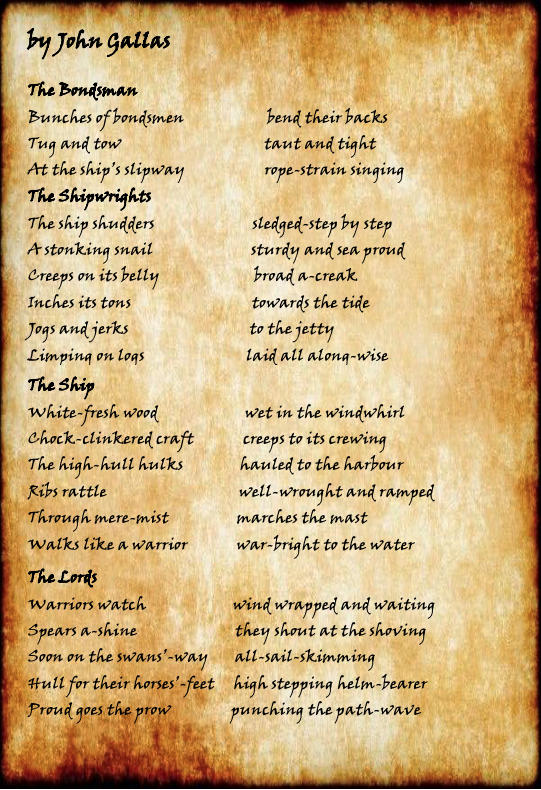