As has happened each time we have re-started work, be that after Covid lockdowns or Christmas breaks, volunteers have returned to the Longshed very keen to get on with the production of the Ship.

This also allowed the final molds at the stern of the Ship to be set up, enabling the ribbands for the sheerstrake to be let in to the sternpost and the fairness of both the molds and the sheerline to be checked (Photo 3). In any build, there always appears to be one mold that is very awkward to set fair and for us, this has been at Station 9. However, all now seems to be well, and we have turned our attention to the bow of the Ship. The stem has been completed; this is from a second curved log obtained from Messrs. Somerscales (last May) and which is a beautiful piece of timber – very good quality and with grain which follows the curve of the stem almost perfectly (Photo 4).

Next week the stem is due to be set up as the final piece of the backbone of the Ship and following the same process as at the stern of bracing up, building a working platform, and setting up ribbands the full shape of the Ship will be able to be seen for the first time.

A new log (donated by the Stacey family from Marlesford, Suffolk) was delivered into the Longshed 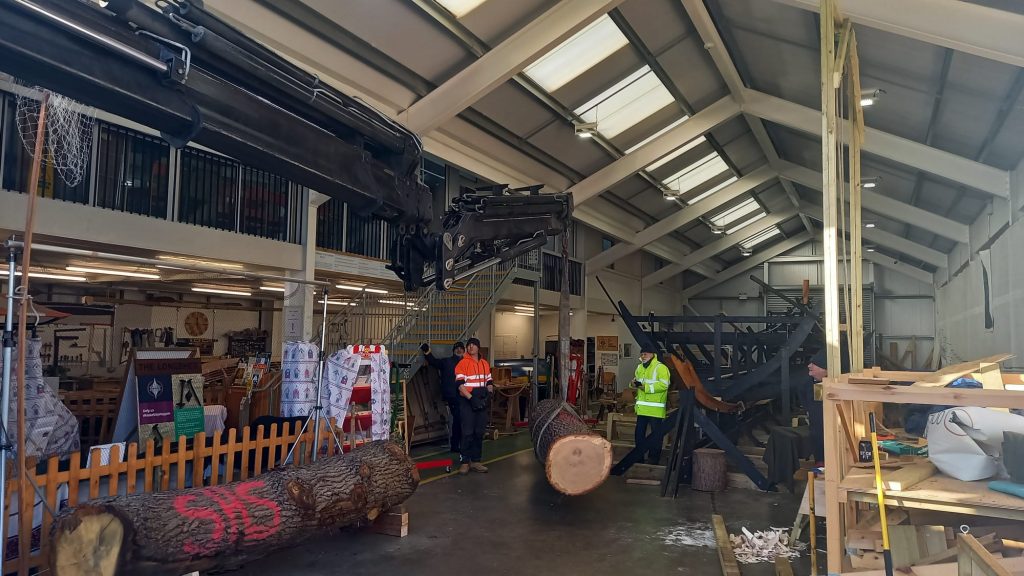 This log was cleaved as part of our latest ‘Axe Safety and Cleaving’ course. The pieces of timber obtained will now be converted into planking for the ‘garboard’ strakes (the first strakes of planking which attach to the keel). This has proven to be a very popular spectacle for passers-by looking into the Longshed! Patterns have been made for this planking to make best use of the timber and to allow us to make a final check of the planking layout. 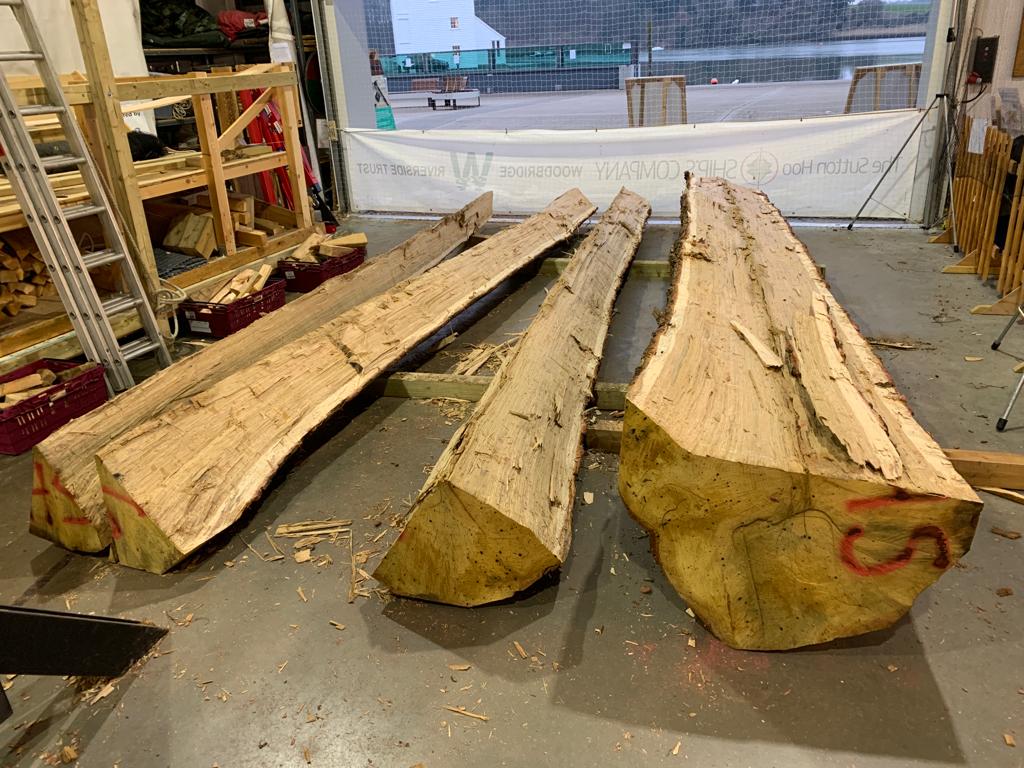 This layout will be determined from the backbone of the Ship herself and from experience gained from the 1:5 scale model, the planking of which is proceeding well. You may recall that we are planking each side of this model differently – one side to the drawings produced by Southampton University and the other side to the more traditional lines as shown in Volume 1 of Bruce-Mitford’s, ‘The Sutton Hoo Ship Burial’. This has been done to try to resolve a conundrum regarding the narrowness of the garboard strakes at their ends which, it has been suggested, may have been due to the significant twist needing to be induced at the end of the planks. A decision will soon need to be taken as to which method to follow so that production of the planks may commence. 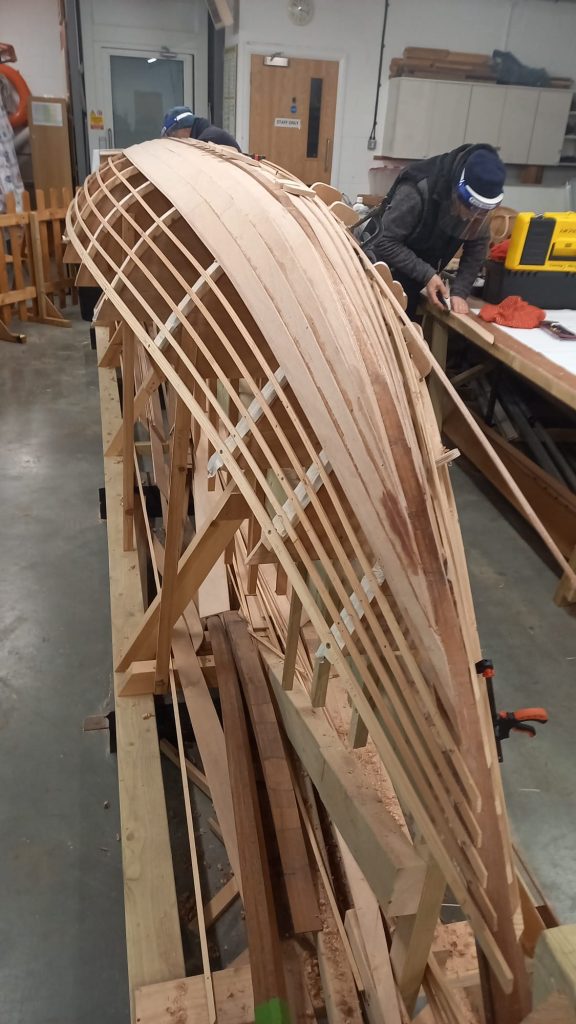 More prototype oars are being produced – this time in Oak. As our previous Ash oars have seasoned and dried out, they have become rather ‘whippy’ (not desirable and somewhat counter-intuitive!). If these Oak oars do the same, it will likely mean that they are under-sized. More research is being undertaken into this crucial part of the Ship for which no direct archaeological evidence exists.

We are also continuing to search for new timber but the process has now progressed from seeking long straight sections for planking, to curved branches for the framing of the Ship.