This page will share a series of short films created by Jon Seal to celebrate the work that we are doing in the Longshed.

Jon is a filmmaker from Devon who joined the Ship’s Company as a volunteer in January 2022. For six months he will be following what we are doing and capturing the day to day activities of the different volunteer crews.

Jon has been making and teaching films for over 40 years. His films range from dramas to documentaries to poetry films. His most recent documentary, ‘The Teachers’ Protest’ has been translated into four languages and shown in 15 different countries. Jon is also interested in woodwork and has made a number of films about craft projects. He has a strong interest in boat building and has restored an Exe Salmon boat which he enjoys rowing and sailing on the Exe estuary in Devon. Using traditional techniques, he also built a greenwood replica of the Gokstad Færing – a small Viking age boat. Making films for the Sutton Hoo Ships Company has given him the ideal opportunity to combine these interests 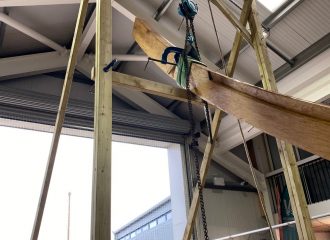 Our Ship’s Co Volunteer, Jon Seal, made this short film. In this film, you will be taken on a short journey from the river Deben to the burial mounds at…

END_OF_DOCUMENT_TOKEN_TO_BE_REPLACED 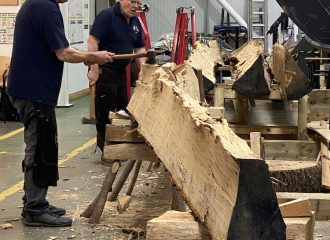 This short film was made by our Ship’s Co Volunteer, Jon Seal. In the film, you get to see wedges of timber converted to planks, an explanation of how cutting…

END_OF_DOCUMENT_TOKEN_TO_BE_REPLACED 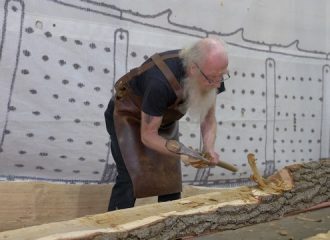 This short film was made by our Ship’s Co Volunteer, Jon Seal. In the film, you get to meet some of the Shipwrights and Production Crew volunteers converting oak into…

END_OF_DOCUMENT_TOKEN_TO_BE_REPLACED

This short film was made by our Ship’s Co Volunteer, Jon Seal. In the film, you get to meet some of the Shipwrights and Production Crew Volunteers as they convert…