The Dig – a riveting tale

Once the Netflix film was released, Simon Steel (Ship’s Compay Director) was delighted to share more about our project with Lindsay Fulcher at Minerva Magazine which led to us being featured in the March/ April edition. The magazine provides in-depth coverage of some of the worlds finest archaeology and ancient art.

It was July 1937 when the first step, which led to one of the most extraordinary archaeological finds ever made in the UK, was taken at a flower show in the market-town of Woodbridge in Suffolk. Here it was that a wealthy widow named Edith Pretty happened on a local historian named Vincent Redstone. Pretty, who owned an estate named Sutton Hoo on the River Deben, had long been intrigued by a cluster of 18 ancient mounds on her property. Having travelled extensively, including around Egypt, in her early life, she had always been interested in archaeology and, when she and her husband Lieutenant-Colonel Pretty moved into Sutton Hoo House in 1926, they had talked about excavating the mounds but done nothing about it… 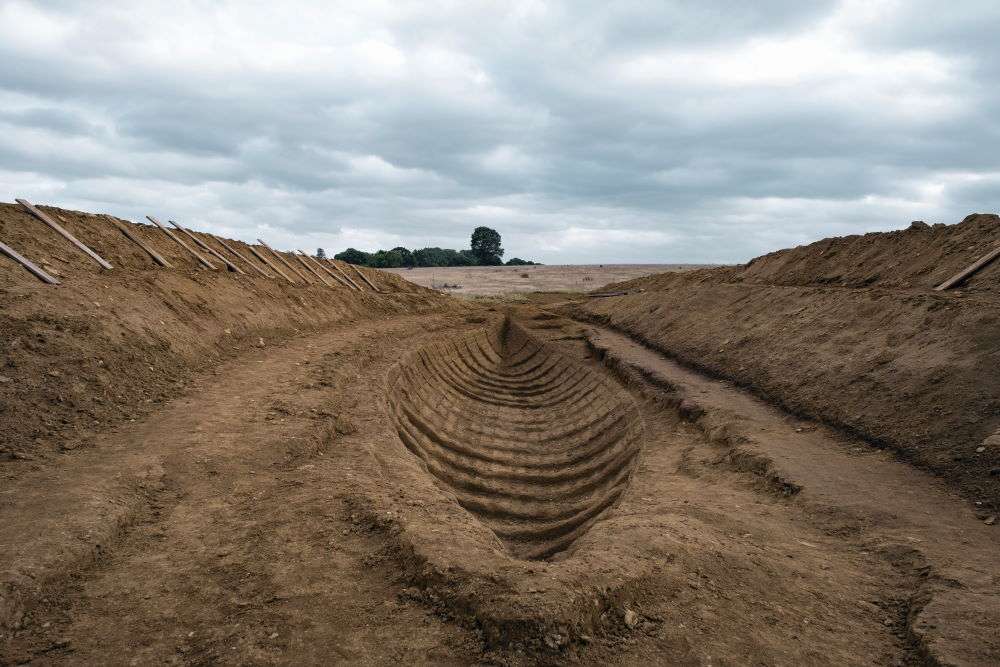 Read the full article here, but don’t miss the final section (copied below) of the article which covers our story

Just across the river from the burial site, the Sutton Hoo Ship’s Company is working to accurately recreate the huge Anglo-Saxon vessel that was hauled up from the River Deben to its final resting-place.

Based on the quayside in Woodbridge, our charity (whose trustees include Martin Carver, excavator of Sutton Hoo during the 1980s, and Julian Whitewright, maritime archaeologist at the University of Southampton) was set up in 2016 with the aim of recreating the ship, launching her on the river, and taking her to sea. This experimental archaeology project will teach us much about Anglo–Saxon life, including boat-building, trade, and seafaring. We are using materials, techniques, and tools Anglo-Saxons would have used, and recording every stage of the process. This ship was over 27m long, about 5m high from keel to bow, made of seven tons of green oak and one ton of copper/iron, and held together with 3,598 metal rivets. The replica will be all of these things too, and, like the original, powered by up to 40 people at a time.

Our team of volunteers, supervised by a shipwright and maritime archaeologists, have so far constructed a support for the keel. We have felled the first of about a dozen oaks to form the main part of the keel and planks. It will take two years to get from where we are to a ship ready for sea trials, and we are also working on a research programme and community engagement, as well as recruiting and training 120 rowers (three shifts of 40 for maximum power on the ship), which all requires funding.

Trialling the completed ship, we will take her on river and sea fully to understand questions about her speed, how she was rowed, how much cargo she could carry, and if she can cross the North Sea. We hope to determine whether the ship ever had a mast and sail. There is no archaeological evidence for this, but it would be exciting to see whether it is technically possible to achieve it. Based, as we are, across the river from the Sutton Hoo site, we are left with no doubt that it was quite a feat to haul the ship from the muddy banks of the Deben up to the Hoo; we hope to recreate this as well.