Well first, let’s make it clear what an auger isn’t. It’s all down to the critical vowel. In ancient Rome, we know of course that an augur was a religious official whose task was to predict divine approval or disapproval of a proposed course of action by interpreting phenomena. So, a spoon auger is not a means of predicting the future by using cutlery rather than, say, tea leaves for example.

Instead, as you will have guessed, it is a tool, a sort of drill, whose function is to make holes in wood. A modern auger bit, the part that digs into the wood when it’s twisted and makes the hole, is usually either helical (screw-shaped) or flat and shaped like a spade.

We won’t be using modern augers when building the ship. Instead, we are going for maximum authenticity by creating accurate and credible modern replicas of ancient spoon augers.

Predictably then, the spoon auger, a very much older form of auger than its modern counterparts and has a bit shaped like a very sharp spoon and it’s a tool that been used for drilling holes in wood for a very long time.

Why do you need to drill holes when you’re building a wooden ship?
The hulls of clinker-built ships made of overlapping planks are held together by metal rivets and wooden treenails which are inserted into holes drilled in the ship’s timbers by an auger, in this case, a spoon auger.

What’s the advantage of using a spoon auger?
Over time, the spoon auger has proved to be an extremely effective way of drilling holes in wood, particularly greenwood. They have the benefit of not pulling into the hole they’re making as a modern twist auger does. That means that slight adjustments can be made as you drill your hole which is particularly useful when you’re doing everything by hand and eye (as opposed to machine), as is the case with our reconstruction.

Again, a modern twist auger will tend to tear out the edges of the exit hole on the other side of the timber where drilling starts. A spoon auger doesn’t do that, so it is ideal for drilling holes straight through the frames and planking of a wooden ship, leaving a clean hole into which a treenail or a rivet can be hammered.

Our crew will be using specially fashioned replica augers. These include breast augers where the T-shaped handle of the auger slots into a pivoting plate onto which you can lean and apply pressure with your chest while turning the auger handle, allowing you to drill into the wood and make the hole you need.

We will also be using smaller spoon augers for drilling holes for the rivets that will hold the ship’s hull together. The original Anglo Saxon ship had iron rivets with a half-inch shank and treenails that may have been around 1 inch in diameter.

For the smaller spoon augers, the crew will use either a breast-plate auger as described above or a bow-drill configuration, experimenting with each to see which will work better for the project.

Archaeological and pictorial evidence shows that spoon augers have been around for a very long time, including the period during which the Sutton Hoo ship was built … which would have been some time between the late 6th century and the early 7th century.

There’s plenty of strong archaeological evidence to suggest that spoon augers were in use throughout the Anglo-Saxon period. Spoon augers are commonly found in Anglo-Saxon tool hoards. For example, excavations at the site of the Flixborough Hoard in Lincolnshire uncovered spoon bit augers dating from the mid-to-late Anglo-Saxon period (see Figure 1). 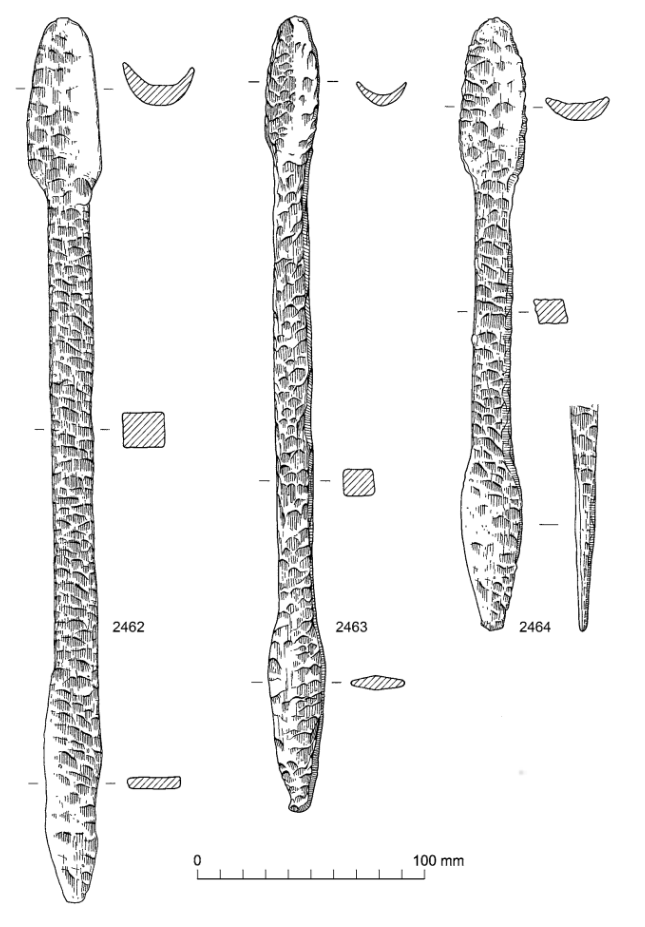 Again, excavations at Mästermyr in Sweden revealed spoon augers from the Viking period which appear to be breast augers (see Figure 2). 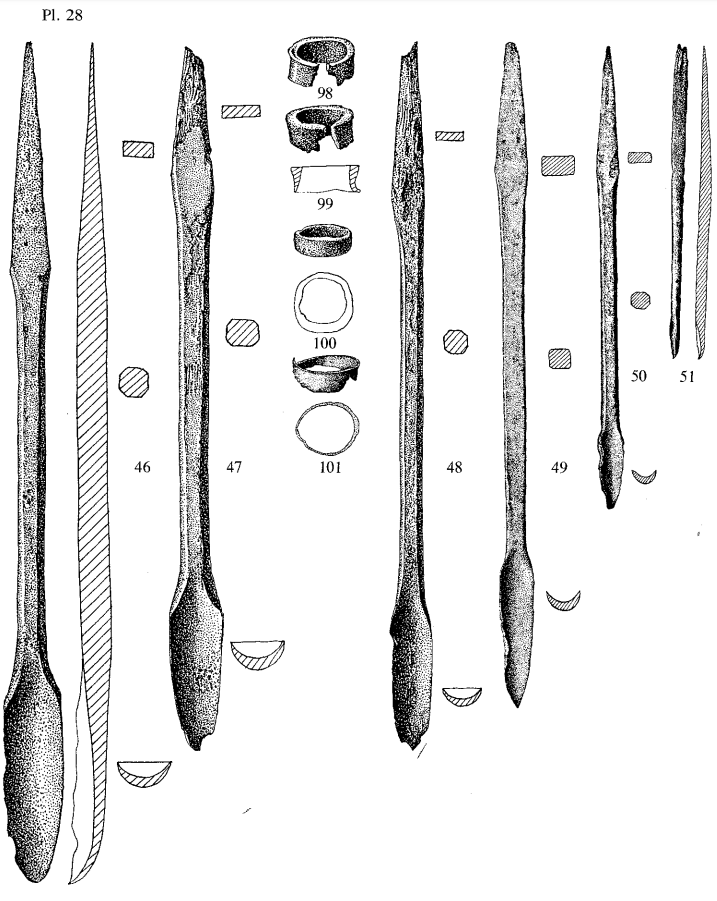 Interestingly, the Bayeux Tapestry which is thought to have been made in England and only a few years after the Norman invasion of Britain, and which depicts scenes leading up to and of the 1066 invasion, shows a craftsman using what looks very much like a breast auger (see Figure 3).

So to summarise, while other types of auger are present in Anglo-Saxon archaeology, the ubiquitous spoon auger predominates. Taking into account their use throughout the Anglo-Saxon period, including the time of the original Sutton Hoo ship’s construction, and their effectiveness compared to other auger types, we will be seen in the Longshed using replica spoon augers to build its replica ship.